Items from the nursery at St Paul's Walden Bury, the childhood home of the Royal Family, are sold by Sworders Fine Art Auctioneers on Wednesday 5th December 2018.

A Victorian child's cot, the iron frame with patent adjustable height mechanism, by G H Needham, a Victorian doll's pram, and a Victorian mahogany high, chair, with separate base for drawing up to a dining table (3). Estimate: £300-400

During the early years of the 20th century, Peter McRorie began his service as butler to the Bowes-Lyon family at St Paul’s Walden Bury, the childhood home of the Royal Family. It is believed, on the 4th August 1900, The Queen Mother was born in the house.

Following a brief stint in military service during WW1 (he was injured during a gassing and was invalided out), McRorie returned to the family home in Walden Bury to continue his duties as butler. There he served during the early years of two of the Royal Princesses in the late 1920s and early 1930s. His wife would later relate that Princess Margaret would sing him a song in return for a chocolate. 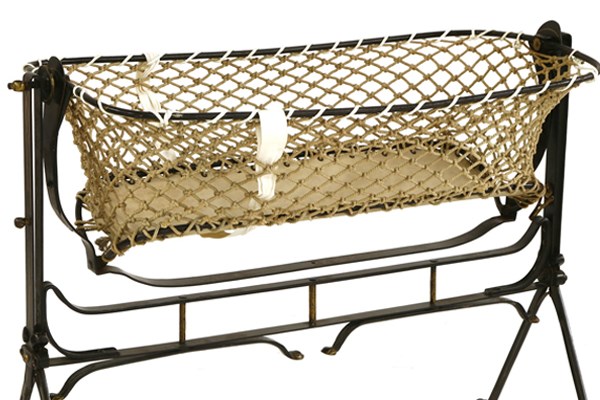 McRorie was gifted these three items by the family during his service when they were replaced by more modern versions, and he consequently used them for his daughter, the current vendor.

The lot went under the hammer in Day Two of The Fine Interiors Auction at Sworders Fine Art on Wednesday 5th December, carrying an auction estimate of £300-400. It sold for £1,008 including premium.