Ahead of the centenary of the Armistice, Sworders Fine Art Auctioneers will offer four Great War Military Cross medal groups in the Fine Interiors sale on September 11.

The Military Cross (MC) was created in the first months of the First World War as the third-level gallantry decoration awarded to officers.

J A C Kiddle received his as a 2nd Lieutenant in the 2nd Battalion of the 124th Baluchistan Light Infantry. The 2nd Battalion, formed in Persia in August 1916, served with great effect in the battles of Khudaira Bend, Jebel Hamrin and Tikrmt as part of the Mesopotamia Campaign. In the final year of conflict, it proceeded to Palestine and it was here on March 4, 1918 that Kiddle - who was mentioned in dispatches - rescued one of his soldiers, injured during an attack on the Turks. His MC group of four is estimated at £1500-1800. 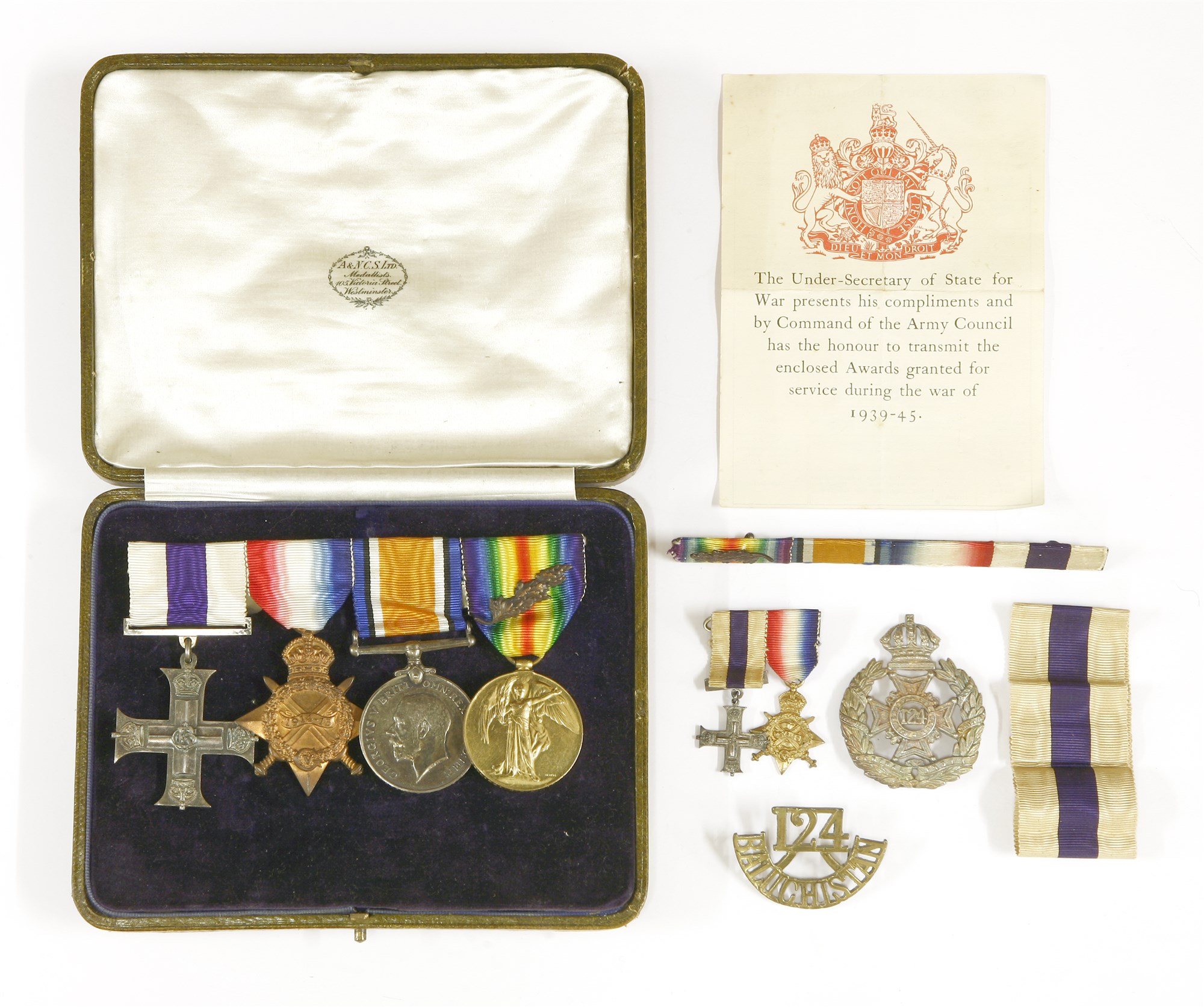 An MC group of three had been given to Lieutenant Gerald Aubrey Bond, 3rd County of London Yeomanry for his heroic deeds at Passchendaele (also known as the Third Battle of Ypres) between August 2-11, 1917.

A supplement to the London Gazette (dated October 18, 1917) recorded Bond’s “conspicuous gallantry and devotion to duty on several occasions when bringing up rations and material to the front line on pack animals, over very difficult country and under almost continuous shell fire.”

It continued that “in spite of casualties to animals and a stampede caused by shells, he never failed to deliver the whole of the stores.” Mounted together with a pair of medals from the Second World War, this group is expected to sell for between £2000-3000. 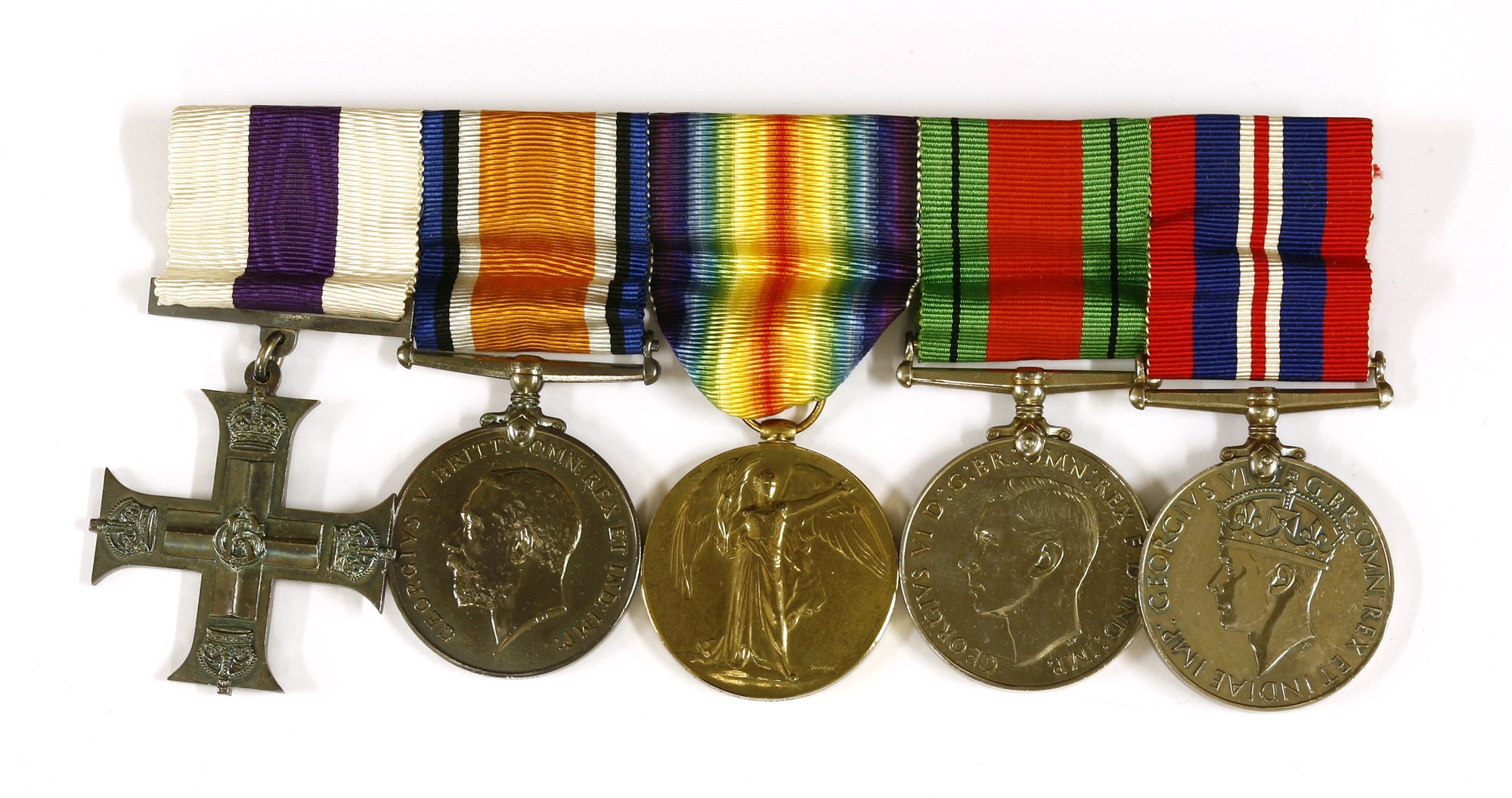 Major Alfred Thomas Alexander Wallace of the Bedfordshire and Hertfordshire Regiment, HQs Eighth Army was awarded his MC on March 26, 1943. Inscribed on the back of his medal (estimate £1000-1500) is a quote from General BL Montgomery himself. It reads: “Wallace was responsible for the detail of the air support for the brilliant attack south of El Hamma. In order to prepare this attack he had to fly backwards and forwards from army headquarters to the left flank many times, a very highly dangerous journey. He never faltered and the outstanding success of the attack was due largely to his courageous work”. The award, offered together with a silver cigarette case, was not announced until June by which time Wallace had been killed in action on May 5, 1943. 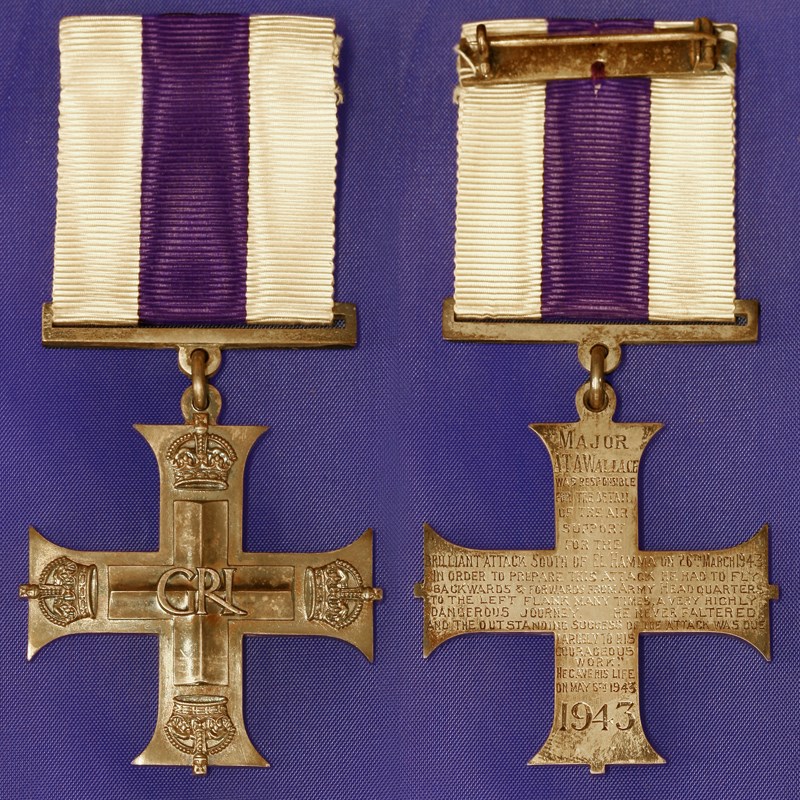 A military cross group of five medals awarded to Captain Thomas Ralph Sneyd-Kynnersley of the Royal Engineers who served with and commanded 226th and 5th Field Companies in France and Germany with acting rank of Major. It is believed he was awarded the Military Cross in January 1917 and further awarded an OBE in June 1941. The medals and Order are being sold together with his dress miniatures and the original letter box for the MC and OBE with an estimate £800-1200. Captain Sneyd-Kynnersley, son of Charles Walter Sneyd-Kinnersley who was awarded Most Distinguished Order of St Michael and St George in December 1898, which is also offered for auction, estimated at £400-600.

Additional personal items and ephemera will often enhance the appeal of a medal group. Three medals awarded to Sergeant Edward Gordon Sears of the 106 Squadron Royal Air Force Volunteer Reserves, are accompanied by his service record and casualty details (estimate £300-500). Sears, aged 22, was the wireless operator/air gunner on board one of the 19 Lancasters that took off from RAF Metheringham on March 23, 1944 to attack Frankfurt and act as support to the massive 820-strong Pathfinder force. His aircraft was one of 33 that failed to return home.