How many pearls were on Lady Di’s shoes?

A timed online auction of designer clothing and shoes includes a momento of a little-seen but key part of Princess Diana’s wedding day outfit. Her shoes.

The man chosen to create Diana’s footwear was celebrity accessories designer Clive Shilton. He famously told the media: “Her main concern was that she wouldn’t appear taller than Prince Charles, and because she was very tall - 5ft 10in - the shoes would have to have a low heel.” 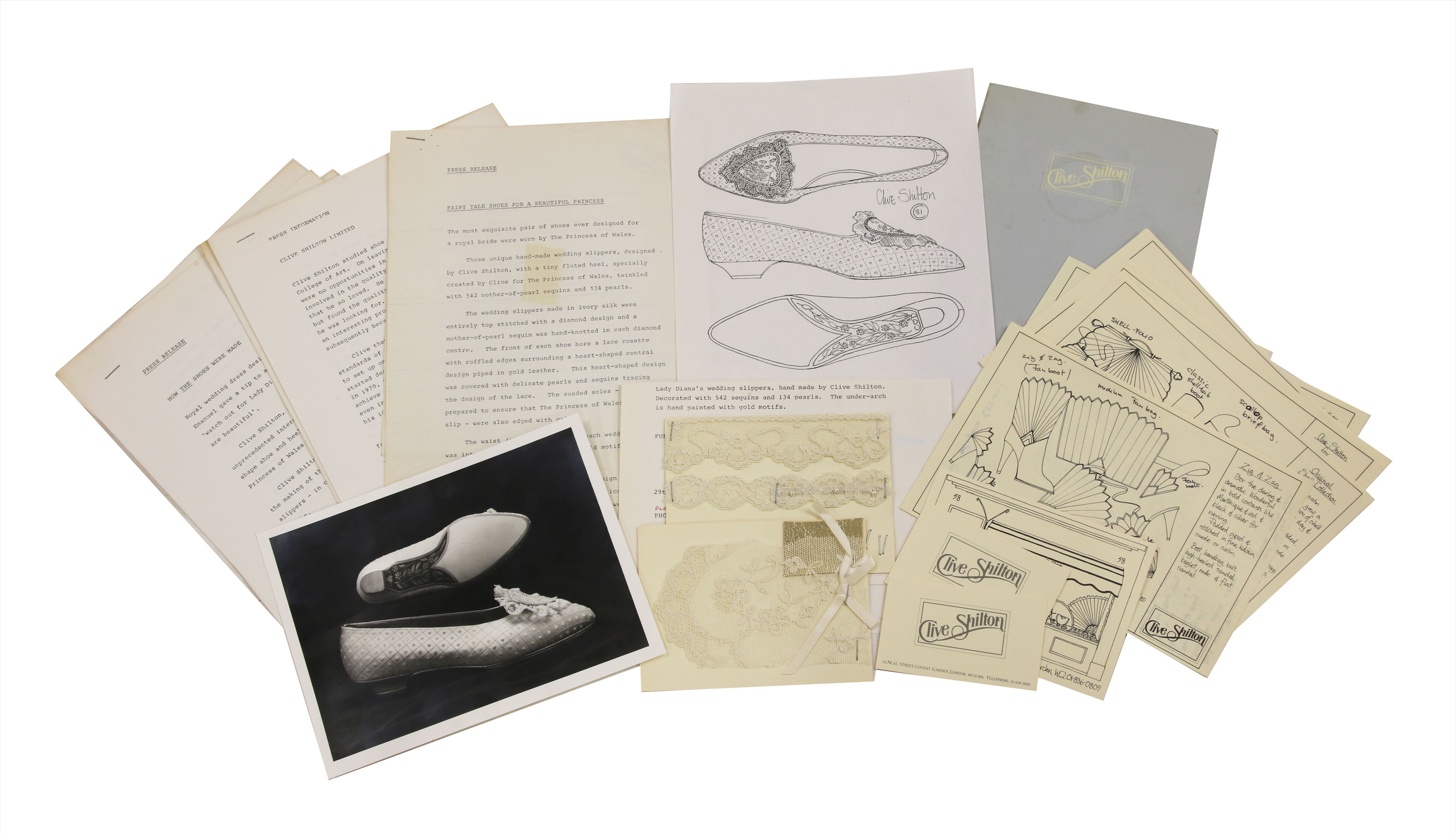 The shoes Shilton designed involved more than 500 sequins, over 100 seed pearls, satin and lace. The arches of her shoes were adorned with the letters ‘C’ and ‘D’, with a heart between them. A spare pair was sold in 2011 for over $50,000.

Sworders’ souvenir of Diana’s wedding shoes is a tad more affordable with an estimate of £100-150. Included in the lot are a photo copy of the design, press information relating to the production of the slippers and two Clive Shilton postcards with a sample of the lace that was used in the production process. The items comes for sale from a vendor who previously worked for Clive Shilton and had been given them as a gift.

RECEIVE AN EMAIL WHEN THE CATALOGUE GOES LIVE