Our Homes & Interiors sale on Tuesday 16 of March will include a collection of items from the estate of the late Douglas ‘Dougie’ Gray.

Our Homes & Interiors sale on the 16th of March will include a collection of items from the estate of the late Douglas ‘Dougie’ Gray.

Along with his brother, Tony, and Bruce Lacey, Douglas formed the band The Alberts.  The surreal band, with their wild performances and mad-cap antics, were the epitome of British eccentricity mixed with post-war anti-establishment sentiments.

John Wells’ description of a 1960s performance gives a flavour of the show ‘Moth-eaten men in beards and baggy Edwardian clothes strode on and off the stage; there were a great many random bangs and explosions, trumpets were blown… a musician in grubby white tie and tails attempted to play the cello, and subversive figures winking at the audience and slyly tapping their noses were seen to lay a charge of dynamite under his chair, reel out the cable to a plunger and finally blow themselves up with another thunderous bang.’. 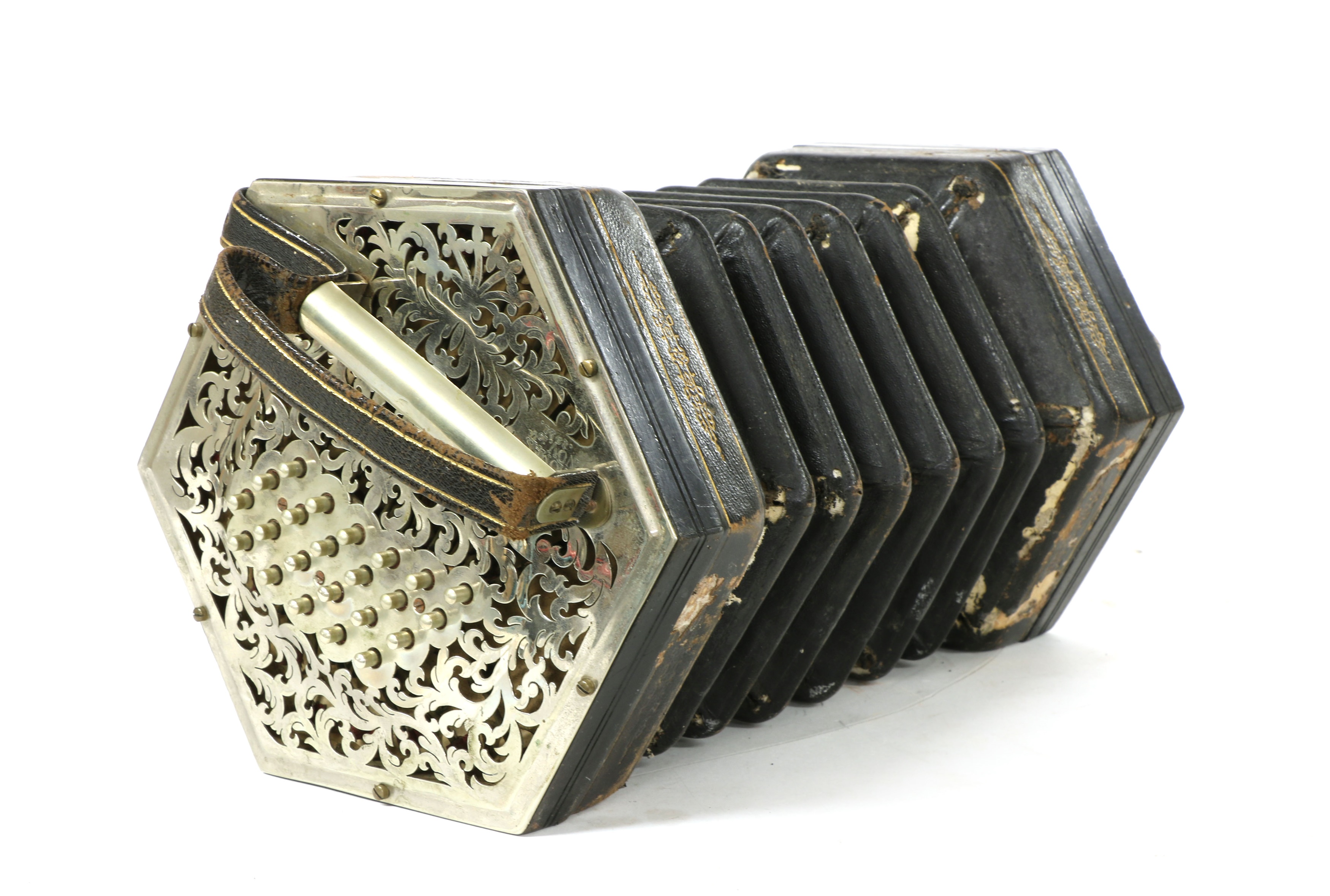 Douglas worked with the producer George Martin, famed, of course, for his work with The Beatles, and when Mr. Martin needed a little musical fill in a song that The Beatles were working on, it was Douglas he turned to.  The song was Yellow Submarine and the fill appears after Ringo sings ‘and the band begins to play’ and Douglas and Tony appeared, in animated form, in the film.

Richard O’Brien, writer of The Rocky Horror Show and flamboyant presenter of The Crystal Maze, wrote the following words upon hearing of Douglas’ death  ‘I had the great pleasure of working with Tony and Douglas, plus Tony’s son Sinbad, in Gulliver Travels at the Mermaid theatre in 1969.  Each day was a delightful excursion into organised chaos.’ 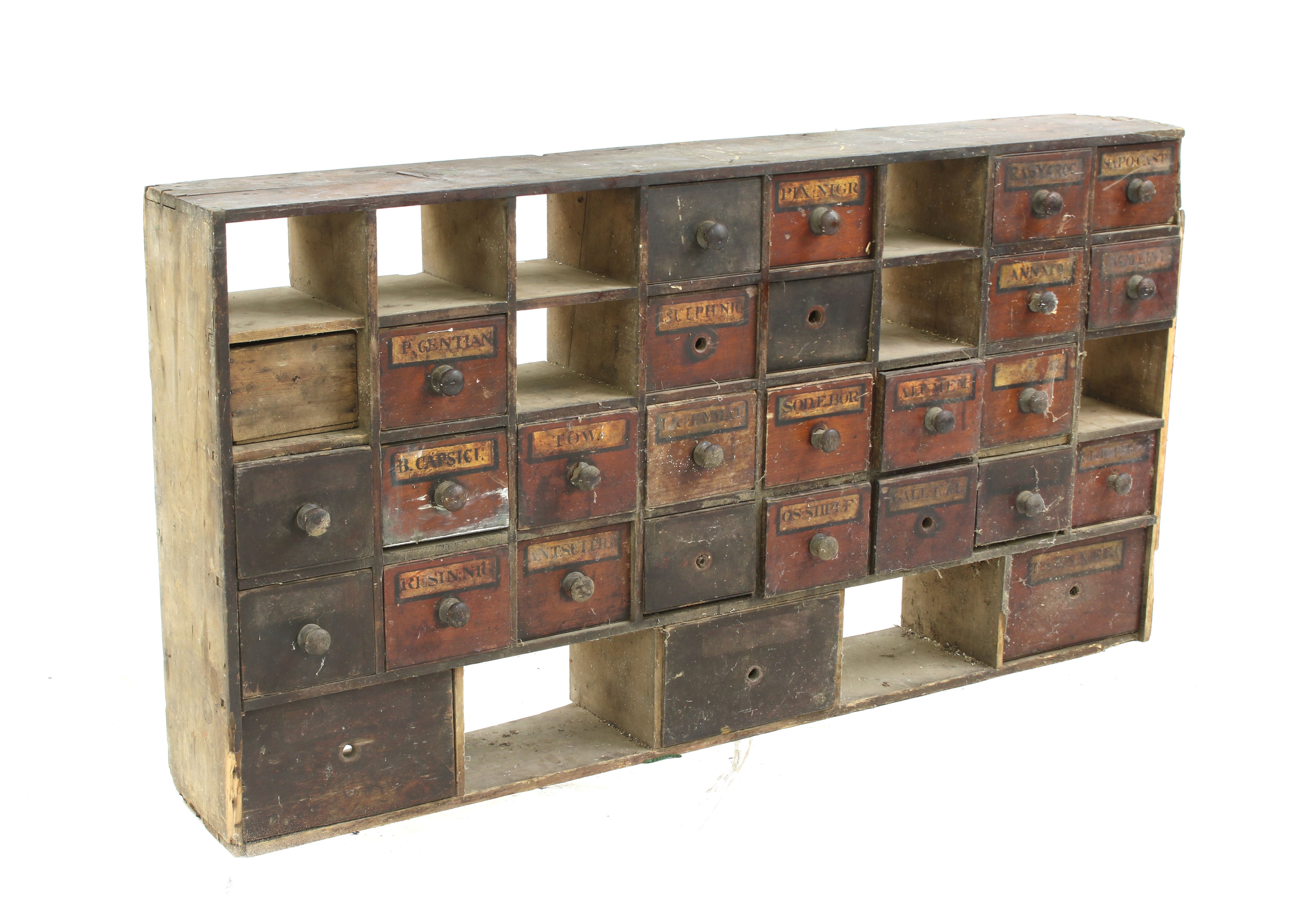 A late 19th/early 20th Century apothecary cabinet, with 37 openings for drawers (not all occupied). Estimate £250-350

Douglas’ penchant for explosions and ‘organised chaos’ perhaps gives us an insight into the condition that many of these items are in; they have all been well used and abused and for this reason we are offering them on the understanding that buyers appreciate that they are perfectly imperfect and ready for sensible nonsensical use. 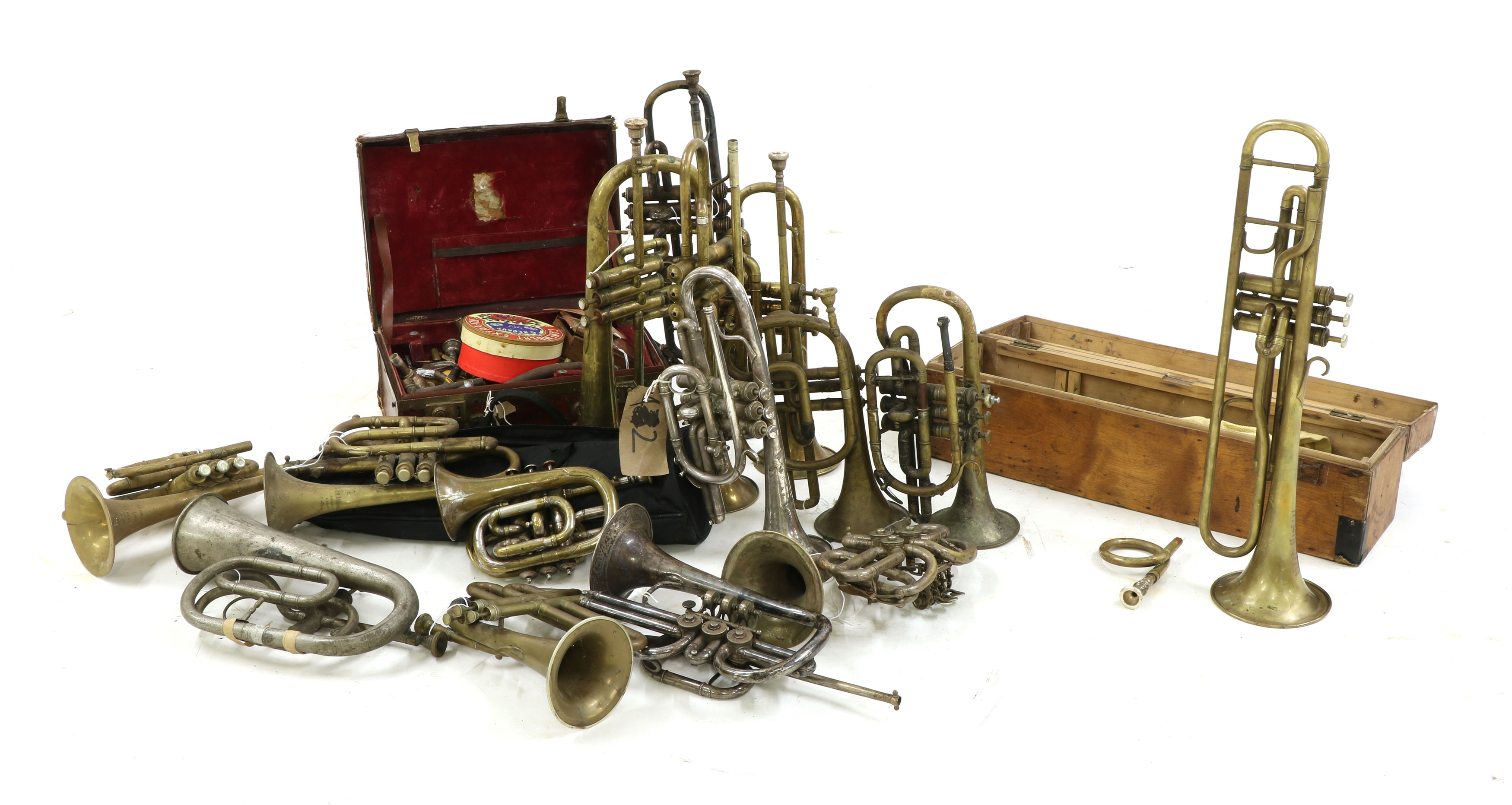 A collection of 'trumpet family' instruments, including examples made by Mahillon, Henry Distin, J.H. Ebblewhite, Besson & Co and Boosey & Co, together with an assortment of brass and woodwind mouthpieces. Estimate £200-400

Look out for the full collection in the catalogue for our Tuesday 16 March Homes and Interiors auction going live soon - lots 205-219 and 325.