The Unknown Jewellery Designer That Should Have Been Known

Jewellery buyers are offered the opportunity to purchase previously unseen unique pieces designed and made by Iris Oakes c.1970, in our auction of Fine Jewellery and Watches on Tuesday 27 July. Though undiscovered in the Jewellery world, Iris was a multi-talented craftswoman, with a wealth of accomplishments under her belt.

Born in London and educated at Pinner Country Grammar School in Middlesex, Iris attended Imperial College of Science, London and the University College of Swansea.

She worked as a Cartographic Draughtsman for the National Parks Commission and later as a geologist for the consulting engineers Balfour Beatty Consultants.

After her marriage, she studied jewellery making and upholstery before finally settled on bookbinding as her proper metier, working for many years under Sally Lou Smith and attending masterclasses by other well known designer bookbinders.  Over the years she learnt paper making, decorating, china restoration, rush and cane chair seating, together with many other peripheral craft skills.  Iris was a member of the Welwyn Craftmakers Guild, which ran from 1968-1990.  The Guild closed in about 1990, but an extract of an interview with the accomplished craftswoman in 2016 is available on their website. 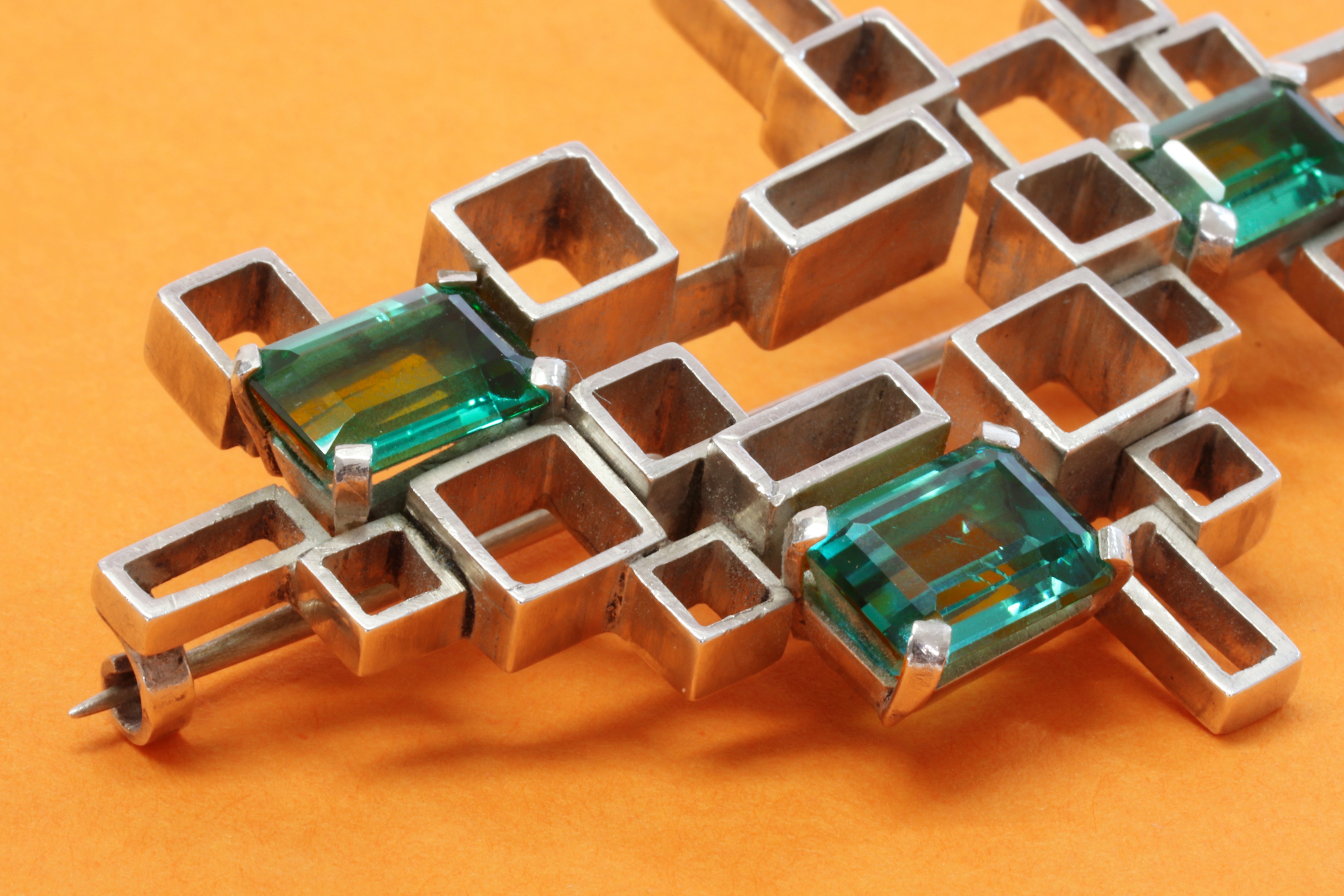 It is unclear why she chose not to pursue a career in jewellery making, as her skills in both design and production are clearly evident.  Her pieces are very much of their time, influenced by her contemporaries, Andrew Grima, Alan Martin Gard, John Donald, and George Weil to name but a few, although the pectoral pendant to be offered for sale on the 27 July has its own unique style. Her maker’s mark, registered in London in 1970, appears on most of the pieces that are included for sale.

In later life she worked mainly on restoration and re-binding of old books and these volumes are now in private hands.

For more information about the work of Iris Oakes, and the forthcoming sale, please contact -

A 'How To' Guide to Identifying and Buying Prints

Buying prints at auction is a great way to start an art collection. Prints are typically from limited editions, making them more affordable than one-off pieces such as oil paintings. Yet, the printmaking process is highly skilled, each plate onto which the artist creates an image needs to be perfect in order to achieve the desired finish. Eleanor Garthwaite tells us more...