Curtis joined AP Films in Slough in 1964 as an assistant in the Art Department. A short period into his tenure, a position opened within the team of John Blundell and John Brown, the art directors of ‘Thunderbirds’. Curtis began making characters for the background, which mainly involved sculpting and painting plasticine. It wasn’t until 1966 and the first film, ‘Thunderbirds Are Go’, that he got the opportunity to work on the main cast, which included Captain Paul Travers and Hank Marvin of The Shadows. 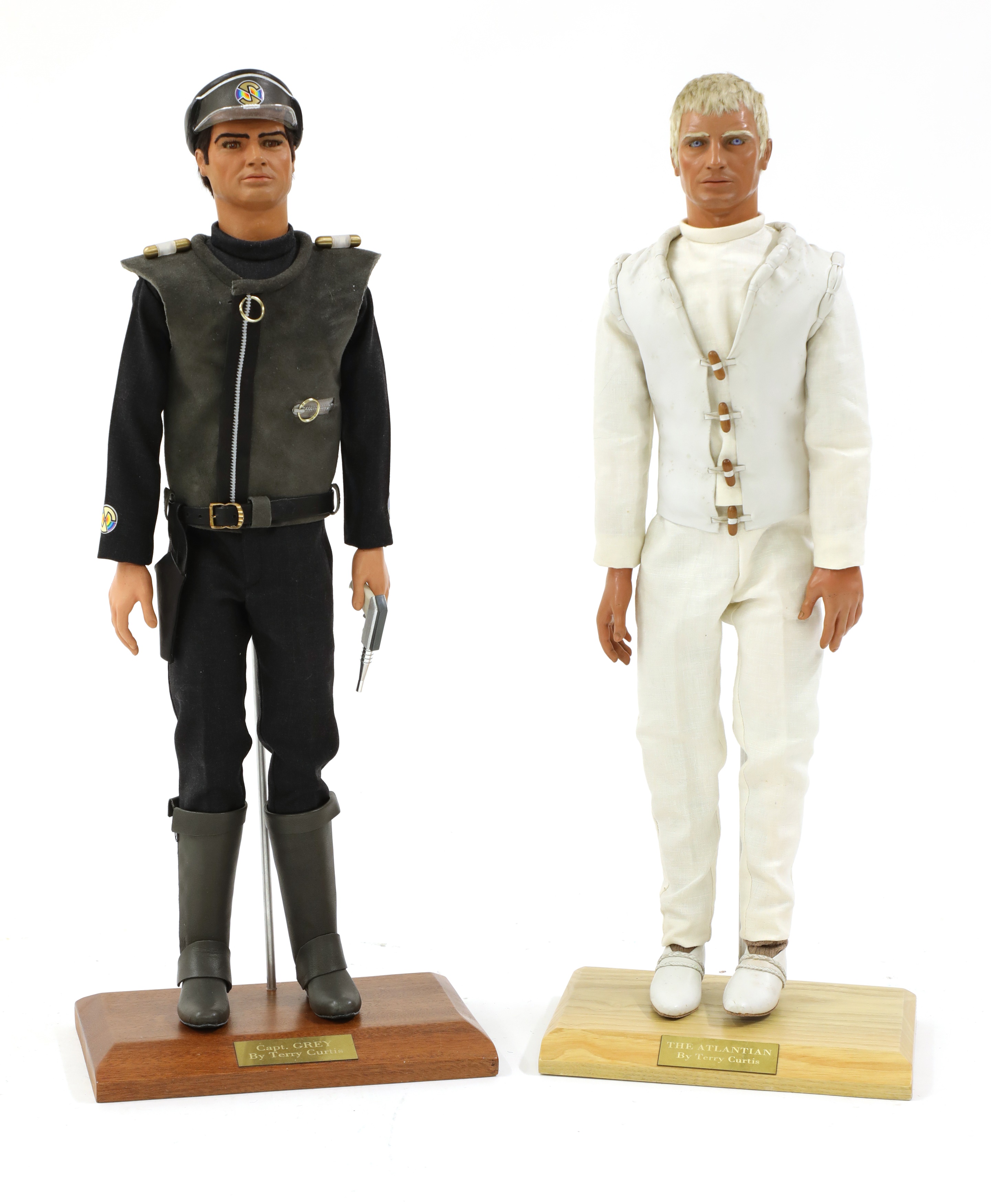 Following the success of the film, Curtis was tasked with creating several members of the cast for the series that followed - ‘Captain Scarlet and the Mysterons'. Aired between 1967-1968, the series followed the adventures of the eponymous Captain Scarlet and the organisation Spectrum, and their conflict with the Martian race of the Mysterons. For this series, Curtis devised and created several members of the key cast, including Captain Blue, Ochre, and Grey. Curtis remained with Century 21 (the renamed AP Films) until the early 70s, working on the second Thunderbirds film, ‘Thunderbirds 6’, and the final Supermarionation production of Gerry Anderson’s ‘The Secret Service’. The aesthetics and work completed by Curtis on both ‘Captain Scarlet’ and ‘Thunderbirds’ can be seen reflected in Anderson’s later live action productions, perhaps most notably in ‘Space: 1999’ 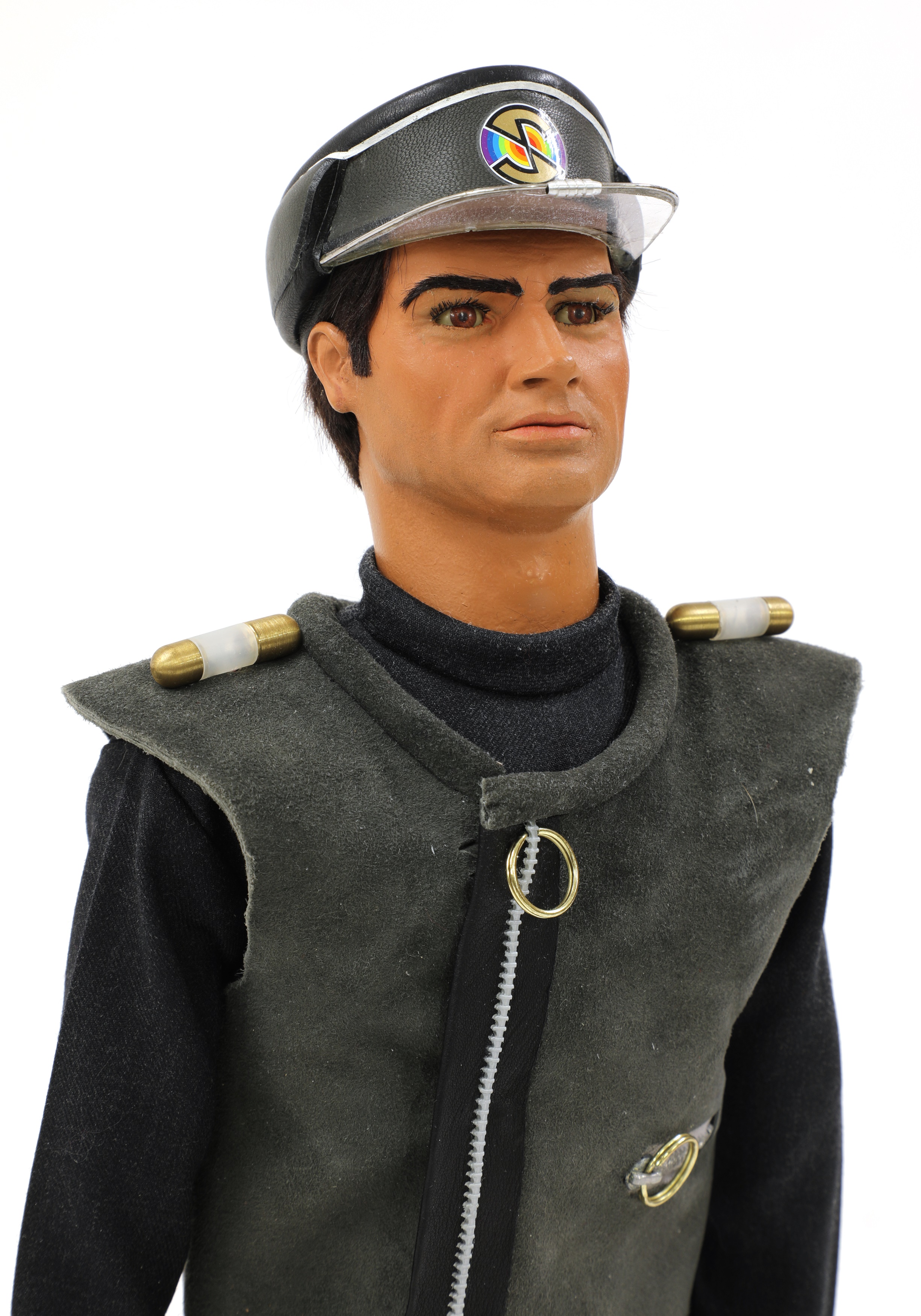 CAPTAIN GREY,
a modern Supermarionation puppet of Captain Grey, sculpted by Terry Curtis, from 'Captain Scarlet and the Mysterions' created by Gerry and Sylvia Anderson in 1967 for ITV, modelled in a Spectrum uniform, holding the signature Captain Scarlet pistol, mounted on a wooden base with a brass plaque, labelled with a microchip of authenticity,
63cm high

The first puppet to feature in our upcoming Out of the Ordinary sale on Tuesday 15 February, lot 279, is of Barry Holden - Captain Scarlet’s’ 'Captain Grey'. Before being invited by Captain Scarlet to join Spectrum, Captain Grey was an officer of the World Aquanaut Security Patrol, and his looks and character were loosely based on Sean Connery’s portrayal of James Bond. Although a modern sculpture, this puppet has been made according to the same methods and standards as the original 1960s puppets. Curtis has made several modern reproductions; however, he is adamant that each is as faithful to their original counterparts as possible, from using period paints and resins to such minute detailing as sourcing individual Lightning Zip fastenings from old sewing boxes. Likewise, the internal mechanics remain true to the original designs, making each puppet a masterpiece of both puppeteering and engineering. The one difference is that each modern reproduction is microchipped to provide an invisible signature of authenticity by Curtis. 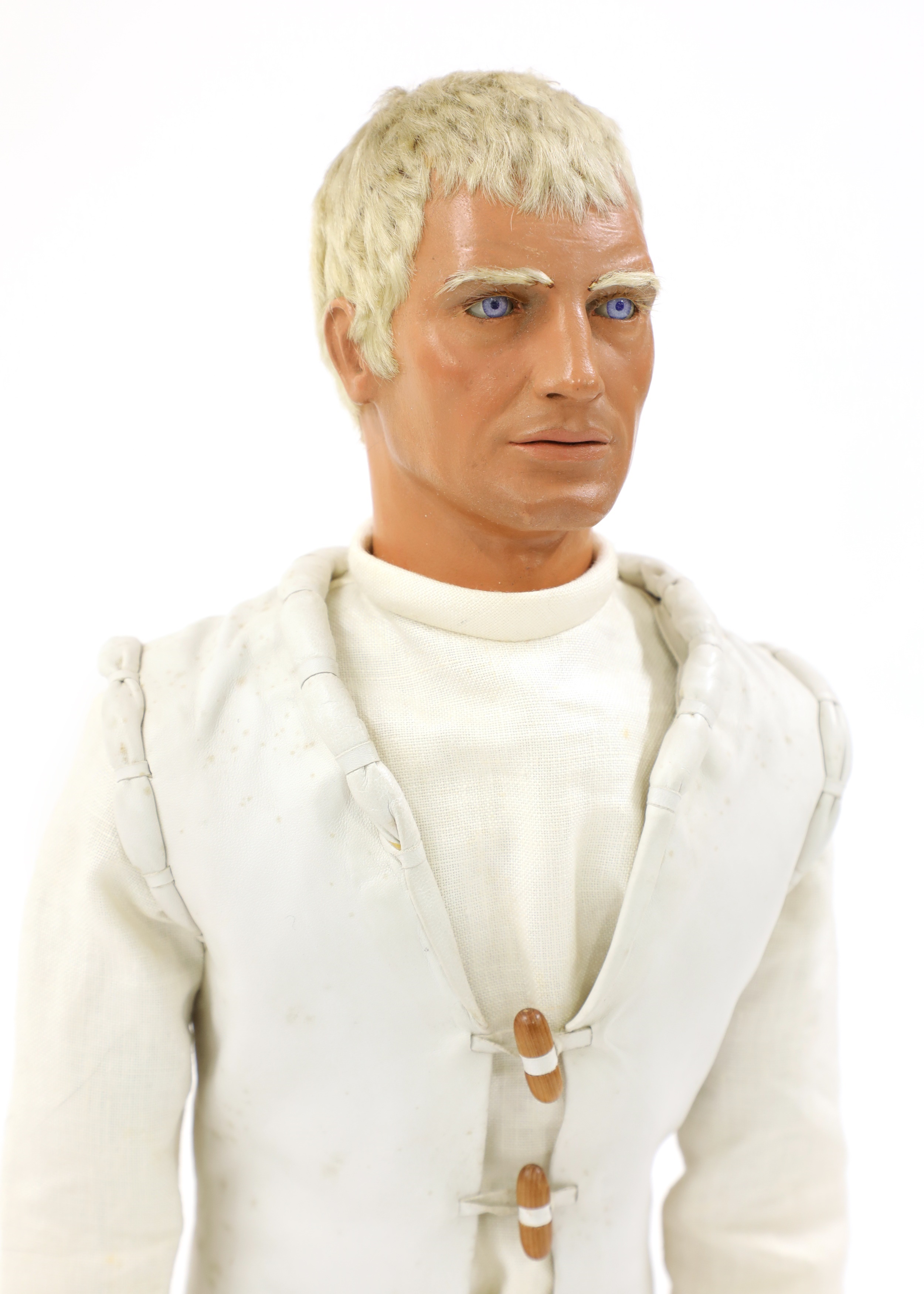 'THE ATLANTIAN',
1960s, a Supermarionation puppet named 'The Atlantian', made by Terry Curtis for a production by Gerry Anderson meant to succeed 'The Secret Service' in 1969/1970,
61cm high

The second puppet, lot 280, only nicknamed ‘The Atlantian’, was made by Curtis for a show intended to succeed Secret Service in 1970. An outlined script had been in production by Des Saunders, the senior producer of both Captain Scarlet and Thunderbirds, since 1966. It was meant to feature a family living in Atlantis, with the power to teleport to Earth, helping people in distress. The script was taken to Gerry Anderson; however, it was ultimately abandoned in favour of the live action show ‘UFO’. With the show never making it into production, the puppet remained in its case with Curtis, making a brief appearance on the Antiques Roadshow around the turn of the millennium.

There is no doubting the impact Terry Curtis' puppets have had on popular culture, both in terms of technology and themes. They are the spiritual predecessors of the Saturday-morning cartoon movement of the 1980s and 90s, which saw the same format reinvented with various casts across various settings. Pivotal names such as ‘G.I Joe’, ‘Masters of the Universe’ and ‘Thundercats’ all owe their heritage to the format defined by Gerry Anderson some 15 years earlier. With both ‘Thunderbirds’ and ‘Captain Scarlet’ enjoying animated revivals for new audiences, the legacy cast by the original supermarionettes continues to endure as a quintessential chapter in animation history.

Sworders' Out of the Ordinary Department is honoured to be offering these icons of popular culture in the upcoming sale in February, with Captain Grey estimated at £4,000-5,000 and The Atlantian estimated at £8,000-10,000.

For more information about the Terry Curtis puppets and the upcoming sale, please contact:

A cape worn by a volunteer nurse working in Oxfordshire during the Second World War comes for sale at the end of this month. The scarlet and navy woollen cloak is sewn with the numerous cloth regimental badges that were given to Miss Esme Kathleen Robinson (1922-2017) by the soldiers she treated as a member of the Voluntary Aid Detachment (VAD).